3 busted myths about surviving in the wilderness 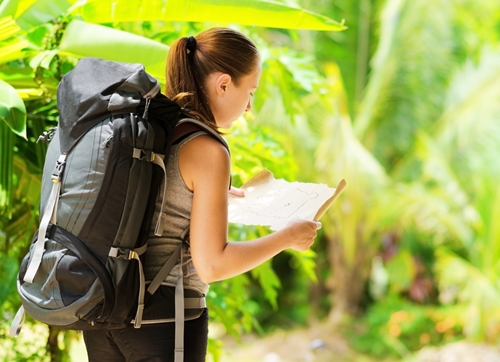 You're a forward​-thinking hiker. Equipped with a map and your trusty watch compass, there's no need to worry about getting lost in the woods or having to fend for yourself.

Then again, it never hurts to be prepared. After all, that's one of the basic tenets of wilderness trekking! If you're caught in an emergency scenario and have been left to your own devices for an extended period of time in the great outdoors, there are a few important facts you should know. Unfortunately, there's a lot of misinformation floating around the Web, too.

Here are three busted myths about wilderness surviving. Dodge these poor pieces of advice and focus on the essentials that will help you endure.

1. Find food first
If you're stranded and you've run out of food, it's natural to think of those hunger pangs as a dire warning sign. You're probably used to taking in three meals every day. Starving can't take that long, right?

According to the Public Library of Science, humans can generally survive without food for anywhere between 30 and 40 days. The critical symptoms of starvation occur around day 35 and a person can die anywhere between 45 and 61 days, as demonstrated in the 1980s during the hunger strikes of the Maze Prison in Belfast.

The real objective is finding water. Hydration is absolutely critical, as an inactive human can die from dehydration within 10 days, and while you're consuming energy by hiking and enduring the elements, death can come much sooner.

2. Shelters need four walls and a roof
Even if you're well-hydrated, the elements may get the best of you. So what's the best way to protect yourself from exposure in the wilderness? That will depend largely on the environment you're hiking in. If you're in danger from heat exhaustion, your best bet may be a shady location. If you need protection from the cold, insulating the ground and shielding yourself from the wind is key.

A shelter rarely needs four walls and a roof. In fact, building a shelter with these specifications will often waste time and resources, and it likely won't be the most efficient use of your time. When you need to rest and recharge, build a shelter that specifically combats the elements you're facing - a lean-to for rain or the sun, insulating material on the ground to fight the cold and camouflage from predators if necessary. Consider the materials and time at your disposal and build the most efficient protection.

3. You have to act fast to survive
Actually, the very opposite may be true. Survival is a matter of conserving resources, and it's very difficult to conserve energy and the water in your body by working hard and traveling fast. There are numerous stories that involve stranded explorers who survived specifically because they waited to be found.

At the same time, your plan of action is directly related to the situation you're in. Here's a better rule of thumb: You have to act smart to survive. Conservation of resources is ultimately your main objective, and this rarely means acting at a fast and furious pace. Even if you're stranded in the desert, it may be wise to stay put and shield yourself from the sun to avoid sweating and becoming dehydrated rather than trudging through the sand in search of water.

If you're caught in a battle against nature, stop and think about approach first. What are your odds of being found? How long can you survive by staying put? How far away are you from civilization? How much ground can you cover, and is traveling worth the expended resources? Answer those questions, then formulate a plan.

The PRG300-7 is a great tool to have while out in the wilderness. It won't be able to bring you food or give you shelter but it can definitely help you find which way is north to help lead you back to your campsite or car.