4 creatures that are more dangerous than you think 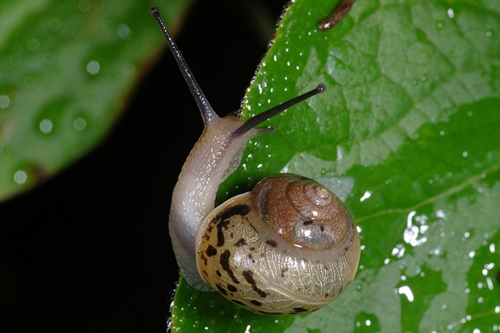 Lions, tigers and bears may be ferocious, but they've got nothing on some unexpected critters lurking in the wild. Take one look at the jaws of a grizzly bear or a Siberian tiger and it's clear just how dangerous these predators are. However, you may be surprised by which animals you should really be frightened of while hiking or swimming.

Here are four creatures that are far more dangerous than their reputations credit them for.

Freshwater snail
If you had to guess which creature in the animal kingdom was the most harmless, the freshwater snail may seem like a prime choice. Think again. Freshwater snails are partly responsible for over 200,000 deaths per year, as estimated by the World Health Organization. They're only partly responsible because the health problems they are associated with are actually the result of parasites they carry called blood flukes. Blood flukes cause the disease schistosomiasis in human hosts, which can result in death if left untreated.

Roughly 249 million people required preventative treatment for the disease in 2012, according to WHO. Schistosomiasis has been found in 78 countries, including areas in Africa, Asia and the Americas.

Mosquitoes
If you're planning to hike through the plains of Africa, a mosquito net can be just as helpful as your trusty watch compass. That's because these insects are much more than an annoyance on the continent, they're actually a very dangerous killer, too.

While mosquitoes elsewhere are swatted away with little afterthought, mosquitoes in locations with fewer health outlets are responsible for spreading diseases like malaria to hundreds of thousands of people. WHO estimated that mosquitoes infected and killed somewhere between 367,000 and 755,000 in 2013 alone. Most of those people were children in Africa, but individuals traveling from malaria-free places are particularly vulnerable to the disease if infected.

Deer
You're probably more likely to fall victim to this critter on the way to your campground rather than to a wolf or a bear in the woods. Deer are the most dangerous animals in North America because they're magnets for car accidents, according to USA Today. The news source reported that about 1 million car crashes are caused by deer on an annual basis, and those collisions cause around 200 deaths and 10,00 personal injuries, according to the National Highway Traffic Safety Administration.

ProTrek's PRG270B-3 watch won't be able to help you fight off these animals, but it can assist you in finding help if you're ever face to face with a dog bite or car accident. The watch compass can help lead you to the nearest hospital or police station if need be!