Do you have what it takes to escape the desert? 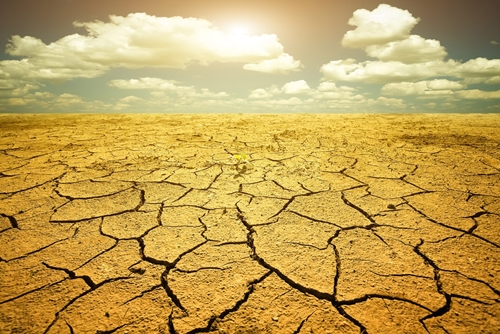 When a French electrician's car broke down in the middle of the Moroccan desert around a decade ago, he was faced with two options. He could attempt to brave the elements and intense heat by trying to walk through the desert, which would most likely end in his demise, or he could build a makeshift motorcycle from the remnants of his Citroën 2CV.

The story goes that the electrician successfully constructed the motorcycle and rode to safety, according to AutoBlog, but there are other sources that call the story a hoax. Even so, you may not be an electrician capable of building a motorcycle from the broken pieces of a stranded car. In that scenario, do you know how to escape the desert?

Escape the sun and stay hydrated
Your first priority in the desert should always be to stay out of direct sunlight. If you checked your watch thermometer in the blistering heat of the Sahara, you'd find that high daily averages can soar above 100 degrees Fahrenheit, according to USA Today. You won't find much shade in the desert, though, so make sure you cover up the top of your head and as much of your body as you can to block the sun.

Next, you'll need to stay hydrated. Unfortunately, finding water in the desert is easier said than done, and even if you are lucky enough to find an oasis, the water may not be potable. By drinking contaminated water, you risk squandering the water your body stores by vomiting, according to Discovery Communications.

That said, focus on saving the watery resources you have. Never guzzle your water supply. Only drink enough to keep yourself hydrated enough to function. While low on water and simulating being stranded in North Africa, adventurer Bear Grylls used his own urine to rehydrate, the Discovery Channel Reported. Is this the most desirable option? No. Could it save your life if you're stuck in the desert without a drop of water? Yes.

Hunker down during sandstorms
Don't underestimate the power of mother nature. Sandstorms aren't dangerous in the same way hurricanes and tornadoes are. The sheer force of the wind most likely won't tumble you around or hurl massive objects your way. The biggest dangers are the little particles of sand. Breathing is near impossible in a sandstorm. You'll have to block your mouth and nose to inhale. Otherwise, you risk suffocation from the grains of sand. The Discovery Channel recommended using a cotton shirt and staying low to the ground to escape the fine particles blowing around at greater heights. Moreover, you won't be able to see in a sandstorm, so don't attempt to travel anywhere. Find shelter and wait for it to pass.

Travel in the morning and during twilight
If you have a watch compass and know what route you'll need to take to escape the desert, you should still only travel at particular points of the day - morning and twilight. Beating the heat requires energy that you can't afford to lose, and nightfall can bring temperatures below freezing during the winter. When the temperature is at either extreme, it pays to find shelter.

Locate any shade you can while the sun is at a high point. If that means crawling under bushes, beat the ground first to scare away any snakes or scorpions, CNN suggested. If possible, build a fire at night to stay warm and keep any dangerous critters away. A fire can also be used to purify any water you find or cook food, according to the Discovery Channel.

The ProTrek PRG270-4A, can help you survive those dreadful desert conditions. It comes with a thermometer and compass so you can pack accordingly.