Everything you need to know about Big Foot 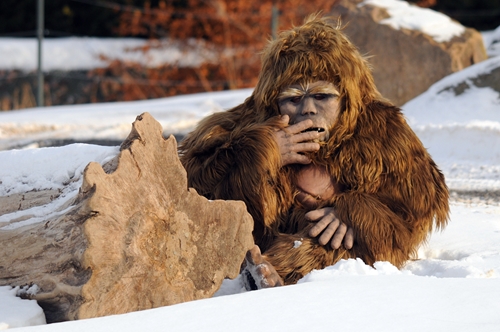 While there has never been hard scientific evidence supporting the existence of Big Foot, there may still be a possibility that a large, bi-pedal ape roams the unexplored wildernesses of North America. Even famed primatologist Jane Goodall believes there could be merit to the myth, according to Live Science. As shocking as it would be to discover such a massive animal in modern times, there is some historical precedent. For example, Mountain Gorillas were not known to Western science until 1902, and had been simply dismissed as local folklore, Gorilla 100 reported.

Whether or not you subscribe to the possibility of Big Foot, it is undoubtedly an important staple in American culture and has captured the heart and minds of countless generations. Before heading out on your next hiking or camping trip, brush up on your knowledge of this legendary cryptid, and be sure to bring your Pro Trek watch compass, because the last thing you want is to become lost in Big Foot country.

Ancient Origins
In the book, "Could Bigfoot be Human," author D.L. Soucy explained that Big Foot has been known to Native Americans for centuries, and Sasquatch is just one of many names associated with the beast. As Western settlers moved into the Pacific Northwest, they were told various stories of mysterious wild men or hairy creatures who were said to be cannibals, salmon thieves or forest protectors who would roam the wilderness.

According to the Center for Inquiry, it wasn't until 1920 when the term Sasquatch was popularized by J. W. Burns, who recounted tales from local Native Americans. This helped standardize the beast and bring him to the forefront of North American popular culture.

Big Foot comes from a long line of myths concerning giant ape-like men or similar creatures, and cultures from around the globe all have unique takes on this legend. In the Himalayas, the animal is known as a Yeti, while in Australia, natives told stories about the Yowie. Here in North America, we have Sasquatch.

About the beast
The legend of Big Foot has only persisted as grainy photos and footprint castings continue to turn up on television or on the Internet. While the vast majority of sightings occur in Washington State, Oregon and Northern California, there are reports of Big Foot from Maine to Texas and everywhere in between. In the south, he is also referred to as the Skunk Ape, a reference to the putrid smell associated with the beast.

Regardless of where Sasquatch might turn up, Bigfoot Finder stated there are some commonalities between reports. The animal is said to be a large, bi-pedal ape, standing anywhere between 7 and 10 feet tall. The beast's hair is said to be dark brown or even reddish in tint, and Sasquatch is thought to be very strong yet secretive. Being an ape, it would likely be omnivorous, meaning it eats plant matter, fruits and vegetables alongside things like meat and eggs.

While camping it is always important to protect your food and other supplies from hungry creatures like bears and coyotes, but these measures may in fact keep your belongings safe from any area Sasquatch as well.

Mirror reported that although the status of the beast is unclear, it is on the Endangered Species List in a number of countries, although it does not qualify in the U.S. Researchers like Dr. Goodall may believe in the possibility of Big Foot, but Mirror stated that there has been no published scientific evidence that supports the myth. Often hair or scat findings turn out to belong to bears, humans or cannot otherwise be determined.

Be prepared to face whatever you find in the forest with the ProTrek PRG300CM-4, featuring simple and easy to use digital compass, barometric pressure/altitude, and temperature readings to eliminate surprises in the weather while you keep your post!