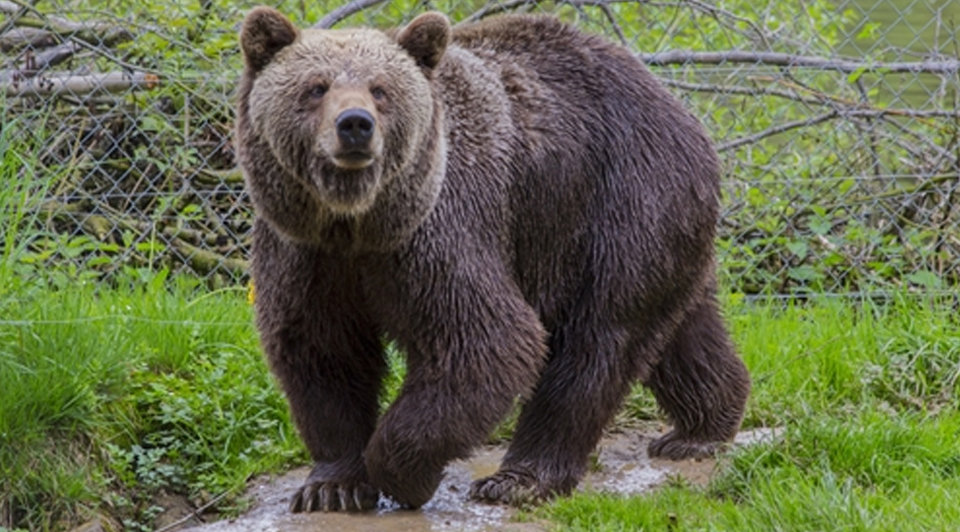 While lions may reign supreme in other parts of the world, bears are the kings of North America's wilderness. But, depending on whether you're camping out in Yosemite valley, hiking the Appalachian Trail or hunting through northern Canada, there are a wide variety of these beautiful beasts that you may across. If you are lucky enough to spot one of these burly mammals, make sure you know which type it is. Here's a quick guide to the bears of North America.

Black bears
The black bear is so connected to North America that its Latin name incorporates the continent, Ursus americanus. As the group Bear With Us explained on its website, black bears can be found all throughout North America and the U.S., from Florida to Alaska. Although called a black bear, it can go through different color phases, sometimes appearing black or brown. In British Columbia there are even some that appear white.

Black bears are omnivorous, but mostly eat non-meat foods. Although they can live until the age of 25, few do because of human activity, Bear With Us explained. Black bears can weigh between 300 and 400 pounds and are about three feet tall when on all fours, the Center For Wildlife Information explained. These North American bears don't have the shoulder humps that grizzly bears do, making them easy to differentiate.

"Alaskan brown bears are huge, formidable animals that may weigh as much as 1,500 pounds," the Center For Wildlife Information explained. "On all fours the bears stand as much as four and one-half feet at the shoulder and may reach nine feet in length. Most big males weigh between 800 and 1,200 pounds, with females averaging between 500 and 800 pounds. Standing erect, some brown bear boars tower over eight feet."

Grizzlies are a bit smaller at about 800 pounds, but that difference probably won't seem like much if you run into one. Both grizzlies and brown bears look almost identical, but they're distinguishable from other bears by their shoulder lumps and "dished-in faces," the Center For Wildlife Information noted.

Polar bears
Although you're more likely to happen across a grizzly or black bear, polar bears are still inhabitants of North America. In fact, the Get Bear Smart Society explained that polar bears have one of the most stable populations of all bears because their habitats are mostly undisturbed by humans.

Polar bears are carnivores, and the males weigh roughly 1100 pounds, according to Bear With Us. They are some of the largest bears in the world and famous for their whitish coats, which help provide camouflage with their surroundings.

What you should do if you encounter a bear
Depending where you're hiking, camping, fishing or hunting, there's probably little chance you'll see a bear. Geology.com features a map showing where which bears live in North America to help you prepare for what you may see.

The best defense against bears is to keep your distance and avoid them. If you do stumble upon a bear, however, you should prepare your bear spray and determine which type of bear it is, Get Bear Smart Society explained. Often bears are being defensive, and walking away calmly and slowly will remedy the situation. If you are attacked , fight the bears face and eyes while yelling.

Knowing how to identify what type of bear you encounter is a good skill to know when taking on the wilderness. Another important skill to have is being able to read a map and compass. Just in case you encounter one of these bears you can navigate around it or seek help if needed. It's a good idea to keep a watch compass on you like the PRW6000Y-1A. It'll have you prepared for whatever mother nature throws at you. Grab one today!