Rare creatures youll have to hike to see 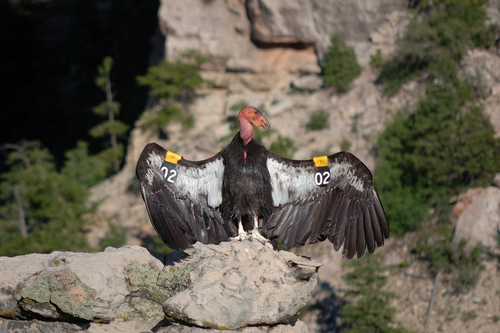 Seeing rare species of mammals, birds and other critters will take more than a trip to the zoo. While it can be entertaining to see your favorite animals in captivity, it doesn't compare to sneaking a peak of them in their natural habitats.

But that will take a little more work than parking and buying a ticket to the zoo. You'll have to get a map, buy a watch compass and rough it on the trail to track down those hard-to-find creatures. Here are a few that are well worth the adventure.

American Black Bear
Don't let your preconceptions about bears fool you. Yes, they can be dangerous, especially if you wander too close. However, they are still the most sought after creature to get a viewing of in Yosemite National Park, according to Yosemites Scenic Wonders. Park rangers won't discourage you from looking for an American black bear, but they will urge strong caution, especially if the bear you find is eating or traveling with cubs. Keep your distance first and foremost.

There are between 400 and 500 American black bears in the park. Don't be confused if the ones you spot have brown fur, either, as the name doesn't actually refer to the color of the bear.

Least Weasel
The world's smallest carnivore is a member of Wisconsin's Natural Heritage Inventory watch list and is highly sought after by the Minnesota Biological Survey, according to the Minnesota Department of Natural Resources. In fact, aside from one female least weasel that was captured in 2006, not one member of the species has been caught in Minnesota since 1967. Wild life trackers largely have very little idea about the current population of least weasels, and some fear the critter could be in danger of extinction.

All that said, it would be quite the feat to find a least weasel in the wild. Half of that is because of its low population, and the other half is due to its size. The weasel only grows to be about 6 inches long and weigh 2 ounces.

Oahu Tree Snails
Forty-one species of Oahu tree snails once ruled over the Hawaiian island, covering its foliage in large numbers, but when explorers began inhabiting the beach paradise, the species' population took a downturn, according to the Smithsonian Institution. Tree snails were collected for their colorful shells, eaten by newly introduced species and killed off as native vegetation was cut down and harvested.

Now, all 41 species are either considered endangered or completely extinct. The few left can only be found on the ridges of Oahu's two extinct volcanoes. If you want to relax in a beach paradise and carefully hike through the green mountains, you might be able to spot a few of these little guys. But be very careful. There are many more endangered species in Hawaii, and it's very important that hikers practice eco-friendly hiking to protect their populations.

California Condor
You've likely heard of the California condor. This beast of a bird has a wingspan that measures over 9 feet long. To put that into perspective, Michael Phelps, the most decorated Olympian of all time, has a wingspan of 6 feet 7 inches, according to his Team USA profile.

Like the Oahu tree snail, the California condor once soared through the skies on the West Coast in high numbers, but its population quickly dwindled after settlers began shooting them down and stealing their eggs during the gold rush, the Smithsonian Institution reported. With just 22 known birds left in the '80s, the California condor was entered into intensive breeding programs, and now roughly 300 have been cataloged. Many of those have been reintroduced to the wild. If you're hiking in California, Arizona or Baja California, Mexico, keep your eyes peeled for this majestic bird.

Spending your time looking for rare creatures is a great way of taking a deeper look into the areas you are exploring. It is real easy to quickly hike through an area and not take a minute to enjoy the view. Now make sure you take your PRG300-1A2 with you so you stay on time to get out of the mountains safely before it gets dark.