So you want to be a mountain climber 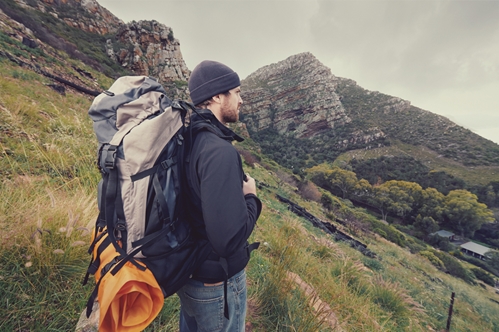 Since man's early beginnings, there has always been something mysteriously alluring about the world's highest peaks. The ancient Greeks believed the summit of mountaintops, like Olympus, were reserved for omnipotent beings alone. Today, however, man has scaled to the Earth's highest points, and the journeys are becoming more feasible for common travelers every day.

The early mountain climbers
Mountain climbing is still a dangerous sport, but it used to be a death wish for even the heartiest adventurers decades ago. The advent of oxygen tanks, efficient climbing gear - like weather resistant jackets, GPS, and the watch altimeter - as well as advanced climbing techniques have given man an edge over the elements in the modern day.

That wasn't the case for Edmund Hillary and Tenzing Norgay, who became the first climbers to reach the top of Mount Everest roughly 60 years ago. They were part of the ninth expedition that attempted to reach the summit of Everest. The mountain had killed or turned around anyone else who tried before.

Now, some 3,500 people have successfully scaled Everest - an amount so large that locals have worried about rampant littering on the peak.

On Kilimanjaro - the highest freestanding mountain on Earth - the story is very similar. Reaching the summit has become so commonplace that travelers have attempted to spice up the journey using some bizarre tactics. Mountain runner Karl Egloff wasn't satisfied with scaling the peak. He wanted to record the fastest ascent and descent of the mountain ever. He managed to run up to the peak of the mountain and back down in just 6 hours and 42 minutes in August 2014, according to Climb Kilimanjaro Guide.

Don't overestimate yourself
Just because there are more people successfully reaching summits with a little bit of flair doesn't mean these mountains are any less dangerous than they were years ago. The risks are always present. It's the advanced gear and climbing techniques that separate these athletes and adventurers from inevitable disaster.

That said, don't overestimate your ability to climb a mountain based on the track record of previous climbers. Scaling a peak is different for every expedition and every person. Becoming a successful climber takes incredible strength both mentally and physically. Training is absolutely necessary.

The mountain climbing basics
To give you an idea of how incredibly complex and difficult it still is to climb a high icy peak, here are a few of the quick and essential tips.

Conquer the world's highest mountains with Protrek's PRW6000Y-1A. When there are changes in barometric pressure, the watch will signal an alarm to keep the wearer alert at all times. It comes complete with all the right technology, including a watch compass, altimeter and auto hand shift feature that makes readings easier to see during any time of the day. This watch makes Everest look simple.