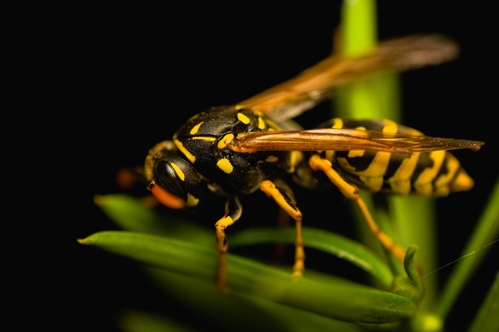 Summer hiking can be a lot of fun for plenty of reasons: The combination of bright, shining sun, colorful flora and active fauna, along with a vast selection of trails, parks and nature preserves that are fully open at this time of year, makes for an ideal environment in which to enjoy an unforgettable hiking experience. However, there are aspects of summer hiking that are decidedly less than fun - and we don't simply mean the heat and the risk of sunburn.

The irritation that insects can afflict when you go hiking is no small matter, and in just about any of the areas you're likely to explore on foot, the fair weather of summer can bring these pests out in droves. How many insects (and which ones) you actually see depends on your region and its natural characteristics: e.g., you're less likely to see deer or dog ticks while hiking along the sand dunes of a coastal area, and you won't be encountering sand wasps on a secluded path in the middle of a forest. But you're all but guaranteed to run into pestering bugs of some sort. Thus, it's important to know the most common varieties and their dangers, and to carry the right repellents alongside essential gear such as your PRW3100Y-1 equipped with a digital compass.

The biters: Flies, mosquitoes and spiders
Flies are arguably the most irritating of all insects, and when you add the possibility of bites to the equation, it makes for a real pain in the neck (or leg, or arm, or wherever they land). Hikers are most likely to encounter deer flies, horse flies, stable flies, black flies, and biting midges. According to the Illinois Department of Public Health, horse flies, midges and stable flies suck blood when they bite, causing pain and persistent itching after the fact, but are usually not dangerous otherwise.

By contrast, deer flies spread tularemia (rabbit fever), which causes fever, headaches, swollen glands and requires antibiotics to eradicate, while the bites of black flies will cause serious pain and loss of blood. They're aggressive and usually bite the head, and can be deadly if encountered in swarms. Also, any fly that can cause allergic reactions, such as black, horse and stable flies, can kill.

Mosquitoes are most active at night, and in damp climates. Their bites are generally little more than an itchy nuisance, but have been known to spread West Nile virus, encephalitis in various forms, malaria, yellow fever and the Zika virus, among others, according to the American Mosquito Control Association.

Finally, if hiking in the woods, watch out for biting spiders, especially when shaking out your boots or sleeping bag if you're camping. Most of those found in the U.S. won't cause more than an itch, but Outdoor Life noted that wolf spiders and brown recluse spiders, which inhabit various American wooded areas, are quite dangerous, the former causing pain and heart rate increases, the latter serious infection and tissue loss and, if biting children or the elderly, possible death.

Ticks: The hiker's menace
Much like mosquitoes, ticks are a simple bloodsucking nuisance more often than not, and dealing with them requires no more than removal and washing your hiking clothes. But because they can spread a number of diseases, you can't ignore their danger.

According to the Centers for Disease Control and Prevention, deer ticks (also known as black-legged ticks) are the greatest and most common hazard due to the possibility of Lyme disease, which causes rashes, internal tissue damage and joint pain, and may also lead to a condition similar to chronic fatigue, known as Post-treatment Lyme disease syndrome. Dog ticks are more rare, only cropping up in isolated areas east of the Rocky Mountains and a few spots on the Pacific coast, but they spread rabbit fever and Rocky Mountain spotted fever. The latter causes a severe rash and can kill if not quickly treated.

The best ways of dealing with ticks are prevention and quick removal. To reduced the likelihood of them finding their way to your skin, the American Hiking Association recommended wearing long pants and sleeves when hiking in tick-prone areas, and use insect repellent that contains pyrethrum. If a tick has latched on, remove it slowly and carefully with tweezers, grabbing onto the tick as close to the skin as possible. Wash the bite and disinfect it after removal.

Stinging bugs: Bees, yellow jackets and more
Summer is the most active time for bees, wasps, hornets and yellow jackets, particularly those that feed through the process of pollination, but they aren't hazardous by default - simply worthy of your alertness and caution.

Honeybees are the only bee to sting on any regular basis, and effectively kill themselves by doing so due to the hooked shape of their stingers. You can expect sharp pain and swelling, which an ice pack will easily mitigate, according to the American Hiking Society. However, you must be sure to remove the stinger from your skin quickly, using the dull edge of a pocketknife or a credit card. Bee swarm attacks are particularly dangerous because the insects' venom increases in potency with volume, causing nausea, dizziness, fever and convulsions, but only Africanized honeybees are known to cause death by stinging in swarms.

Hornets and yellow jackets are another matter entirely. Whether you're encountering the massive (for its genus) European hornet, a gathering of yellow jackets or some bald-faced hornets (which are actually another type of yellow jacket, according to Orkin Pest Control), you could be in for some serious trouble, because these insects are considerably more aggressive than any bee species. If you move slowly away from wherever you've encounter them and don't disturb their nests, there's a reasonable chance that you will escape their attention, but if you appear to threaten them in any way, expect to be stung several times, as these pests aren't biologically limited to single stings. Their key defensive weapon comes to a smooth sharp point and allows for repeated attacks.

Wasps also have smooth stingers, but they aren't as combative as yellow jackets or hornets, and some wasp species hardly sting at all. Their stings aren't painful for long, according to Healthline, but some people have extreme swelling for a few days after. But these and all other stinging pests can, for those with severe allergies, cause anaphylactic shock, which is fatal if not immediately treated. Remember to pack an Epipen while hiking if you or anyone you're with is allergic to bees, wasps or hornets - or has any other insect-related allergy that you know about.