The 3 most surprising skiing locations on the planet 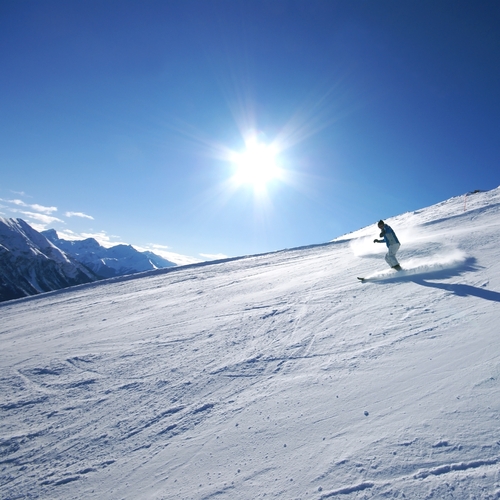 When you consider where to go for an upcoming ski trip, you probably envision heading to the Rockies or Northern New England. And even when it comes to exotic locations, the Swiss Alps or foothills of the Andes are likely at the top of the list.

There are, however, some spots on the map that you probably wouldn't consider when putting together a downhill adventure. Here are some of the most wild places in the world that offer skiing:

Hawaii
Located in the center of the Pacific Ocean and best known for its tropical beaches, Hawaii seems like the last place in the world you would find skiing. Yet some of the region's highest peaks do see considerable snowfall, and according to Hawaii Info Guide, this allows for some excellent fun.

At 13,796 feet tall, the top of Mauna Kea is far removed from the balmy island climate beneath. This extinct volcano can see snow storms that drop several inches or even feet of what the locals call "pineapple powder." In fact, Mauna Kea is Hawaiian for "White Mountain." Even in the warmer months there can still be snow on the ground. There isn't much in the way of lifts or resorts, but if you bring your own gear, you can still have a ski adventure right in the heart of Hawaii.

Africa
In the whole of Africa there are just a handful of places to ski or snowboard, but that doesn't mean there aren't a few spots to enjoy some fun in the snow. In the mountains of Morocco and Algeria, a few snow-capped mountains do entertain visitors, but further south, there are opportunities to see Africa's famous wildlife and carve up the slopes all in one trip.

Lonely Planet reported that there are just two ski resorts in all of sub-Saharan Africa. The first is found in the tiny nation of Lesotho. The appropriately named AfriSki lies in the northern parts of the country and is thousands of feet above sea level, meaning when you check your PRW6000SYT-1 watch with thermometer, you'll see freezing temperatures. A mix of natural precipitation and snow machines help make this little park enjoyable for skiers and Snowboarders.

To the south, Tiffindell Ski Resort delights visitors to neighboring South Africa. Both resorts are rather small but still offer a chance to enjoy some downhill fun in an improbable part of the world.

Dubai
One of the most decadent cities in the world, Dubai is home to one of the world's premier indoor ski slopes. As part of the massive Mall of the Emirate, visitors can escape the brutal desert sun with shopping, a trip through the mall's aquarium, and yes, even a few runs of skiing or snowboarding.

Even as the outside temperatures reach unbelievable levels, this well-insulated single slope maintains the perfect conditions for creating snow. Known as Ski Dubai, this might not be reason to travel all the way to the United Arab Emirates, but it certainly represents a unique opportunity to try something new.