The rarest bird sightings in North America: A guide for beginner bird watchers 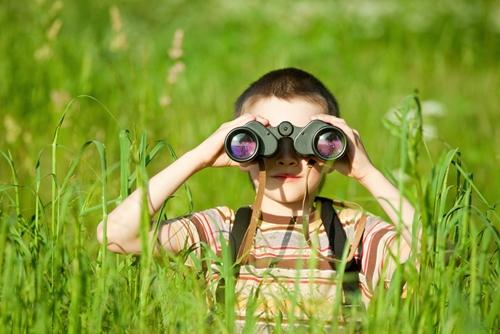 Some birds have been sought in the wild by professional ornithologists for years. Getting a glimpse of these legendary foul wouldn't just be a crowning achievement for an amateur birdwatcher. It would make for a big fish tale so enviable in bard-watching circles that most enthusiasts would likely assume you were either mistaken or your word is simply untrustworthy.

Even so, stranger things have happened. If you're a bird-watching beginner who wants to know about the crown species you could track down, here they are. Just don't get any ruffled feathers if they don't turn up during a hike.

Ivory-billed woodpecker
A creature so illusive that it was thought to have gone extinct in the early 1920s, the ivory-billed woodpecker is an absolute enigma. The last documented sightings of the incredibly rare creature were taken by James T. Tanner in the late 1930s, according to Smithsonian magazine. Its nickname is the "Lord God" bird, named after what enthusiasts supposedly exclaim upon seeing it.

With a 20-inch body and 30-inch wingspan, it's the largest woodpecker in the U.S. Perhaps most recently, two groups in the Big Woods of Arkansas reported seeing ivory-billed woodpeckers in 2005 and 2006. Groups contained experienced ornithologists, and there was even a video taken of the critter. Nonetheless, the evidence is still not universally accepted by critics. Many claim this woodpecker went extinct years ago. Finding the bird and collecting documentation of the sighting may very well propel anyone into birdwatcher fame.

The sighting was made even more intriguing by the rail's common behavior.

"Rails kind of have a reputation for being secretive and staying out of sight," Jeffrey Gordon, president of the American Birding Association, told the AP. "To see a big, colorful rail and to see it walking around out in the open is just really special."

Moreover, the fowl was found hundreds of miles away from its normal stomping grounds, making the event into a truly legendary occasion. Since the sighting in 2013, news about the Rufous-necked wood-rail has largely died down.

Black-tailed godwit
​If you believe Central American forests are far off, the voyage of this black-tailed godwit will seem even more mind boggling. The bird was recently spotted in the Patoka River National Wildlife Refuge in Indiana, according to the Evansville Courier & Press. It's native to only Asia and Europe.

An estimated 300 people traveled from Louisiana, Georgia, Wisconsin, Pennsylvania, Ohio and beyond just to get a glimpse of the bird over the Easter weekend.

"It's crazy. It's just strange but I'm glad people could come to see it," Jeremy Ross, an art teacher who was the first to see the bird in the area, said. "The bird flew right in front of me. It was black and white with some orange on it."

Luckily for Ross, he snapped a photo of the bird and posted it to social media shortly after the encounter. Within minutes, he began receiving messages and questions about the rare sighting from other bird enthusiasts, quickly launching his name into birding fame.

The fowl has since left the area, but there are other ornithologists and hobbyists hot on its trail.

When bird watching, timing is everything. That's where we come in, with ProTrek's PRW3000-2B watch. You'll have access to a compass right at your wrist so you can find our feathered friends easily.