What you need to know about the worlds deadliest bugs 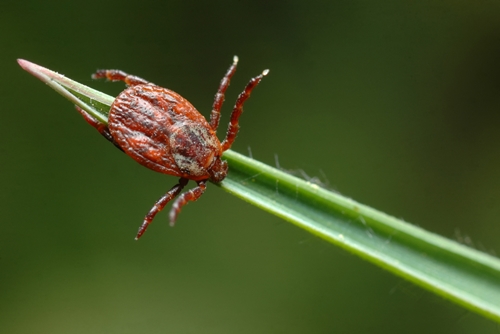 Most people, hikers and city-goers alike, are happy to steer clear of teeny insects that creep and crawl, but that doesn't mean you won't run into one during your travels. There are billions of species of bugs, and some are dangerous enough to take down a healthy human with just a bite or a sting.

Luckily, most don't pose any threat at all, but here's what you should know about some of the deadly ones.

The Brazilian Wandering Spider
Unless you're hiking in the woods of South America, you're probably not in danger of coming face-to-face with a Brazilian wandering spider, right? Well, yes and no. As a disclaimer, yes the Brazilian wandering spider, which is known as the most venomous spider in the world, is a rare find outside of South America. Even if encountered, it only bites as a defense mechanism. Still, hundreds of bites are reported every year, according to CBS News. However, antivenom prevents most deaths.

Surprisingly, you might be more likely to bump into this critter while grocery shopping compared to hiking outside of South America. CBS noted that the spider was spotted in a Whole Foods in Oklahoma in 2009, and it shut down a central England supermarket after eggs were found in a bushel of bananas earlier this year.

Indian Red Scorpion
Always wear shoes when you're hiking in India. Scorpion stings are serious public health issues here, according to National Geographic. With their pincers and intimidating stingers, scorpions may seem very intimidating. However, they may be less dangerous than you think. Of the 1,500 species that are spread across every continent except for Antarctica, only a few dozen are potentially lethal to humans.

Indiana Jones once said, "When it comes to scorpions, the bigger the better." That advice at least holds true for the most lethal scorpion - the Indian Red Scorpion. This arachnid is barely as big as a lighter, but it contains a venom that can be deadly for humans if a sting is left untreated. Even so, it's mostly a threat to young children that live in India, not adult hikers that are simply traveling the trails.

Deer ticks
The truly deadly bugs come in less fearsome sizes and packages. One of the most pernicious and harmful creatures you may encounter while exploring the the woods in the East side of the U.S. is the deer tick. This arachnid is a blood-sucking, disease spreading parasite. Its calling card is spreading Lyme disease to humans, which mimics the flu and can be debilitating, although it's rarely fatal, according to National Geographic.

Nonetheless, the source noted that more the 14,000 cases of Lyme disease are reported on an annual basis. Even worse, some scientists estimate that Lyme disease could be misdiagnosed as the flu in a staggering amount of cases. As many as nine out of 10 cases of Lyme may go unreported every year.

After you go hiking, take off that watch compass and do a tick check while you shower. Deer ticks usually can only transmit the bacteria after being attached for 24 hours.

Mosquitoes
By a rather large margin, mosquitoes are the most deadly insects on the planet, according to Smithsonian magazine. Like deer ticks, they act as a vector for diseases, spreading potentially lethal illnesses such as dengue fever, yellow fever, and encephalitis and malaria.

Mosquitoes are truly dangerous in certain malarial regions in Africa. However, they can still pose a serious threat for travelers elsewhere. The best way to avoid mosquitoes is to apply a chemical-free repellent and hike during times of the day with fewer bugs, which means avoiding dusk and dawn. Keep your eyes on that watch to stay bug-free.

Staying clear of dangerous bugs is sometimes easier said then done. Always be prepared with what you should do in an emergency and keep on your PRG300CM-4 to help guide you back to your camp or trail and get home safely. Nature is a beautiful place but it can also be a dangerous one too.