Why winter is great for bird watching 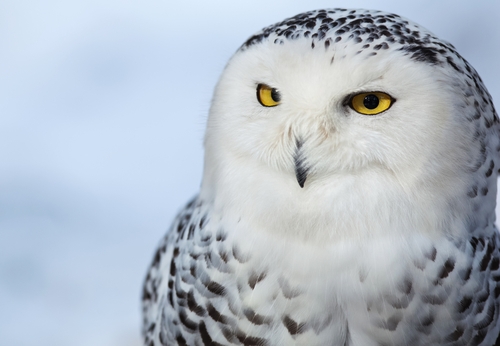 During the winter months in colder climates nature undergoes a beautiful repose, and outdoor enthusiasts often don't expect to see much in the way of wildlife during this time. Many animals like chipmunks and bears hibernate through the cold, while ducks, geese and songbirds fly south for the winter long before the snow begins to fall.

According to the National Federation of Wildlife, however, many species of birds actually tough it out during the coldest months, and because there are no leaves to obstruct views, the winter can be an incredibly rewarding time to try bird watching.

Familiar species and special visitors
Recognizable birds like blue jays, chickadees and doves can still be found in northern states during the winter months. Likewise, species like crows, wrens and woodpeckers are also active throughout the year. Though the cast of species active during the winter months varies by location and availability of natural spaces, the NFW reported that many more species of birds do not migrate than people may assume.

As for predatory species, the University of Vermont stated that birds of prey such as red-tailed hawks and bald eagles do head south for the winter. One type of bird of prey is perfectly happy in the snow, however.

According to the Peterson Field Guide, many species of owl do not migrate when the temperature drops. Some owls, such as the Barn Owl, will remain in colder environments during the winter months. The same soft feathers that allow owls to hunt in utter silence are great for insulating in the winter. In fact, Nature reported that great horned owls, for example, will begin nesting in January and begin rearing chicks long before other species of birds.

In some cases, the winter months can actually usher in visiting species from arctic climates. In recent years, the snowy owl has been sighted throughout southern New England, including at Boston's Logan Airport, according to the Massachusetts Audubon Society. Because these birds are well adapted to the conditions of the high north, snowy owls are rarely spotted in the continental U.S. For American bird watching enthusiasts, winter may be the only time to see these beautiful animals.

Bettering the odds
As the NFW reported, birds may be more active in your backyard or neighborhood park if there is suitable shelter and water. Likewise, because food is so difficult to find in the winter months, an adequate supply of natural food or bird seed will keep birds close by.

Most animals need food sources rich in fats and calories in order to combat the bitter cold, according to the NFW. Luring birds in with foods like nuts and sunflower seeds is a great way to have nature visit your backyard. As always, protecting your bird feeder from squirrels is a difficult but important task.

Artificial and natural birdbaths also attract birds, especially if they receive good sunlight. Birds will still appreciate fresh clean water even in the coldest months. For serious birders, a solar-powered heated birdbath is the perfect backyard accessory that will ensure many visitors throughout the winter.

As for bird watching at a local park or green space, the tranquility and bareness of winter makes hearing and spotting birds very easy. In the cold dry air, bird calls will carry well, and colorful species like cardinals and blue jays really stand out against an otherwise gray or white backdrop.

Trekking out in the winter can be dangerous however, and bird watchers need to prepare with adequate clothing. Likewise, a ProTrek triple sensor watch will alert any outdoor enthusiasts to incoming inclement weather. The PRG300-1A9 solar powered watch not only incorporates a unique barometric pressure tendency alarm that alerts the wearer to sudden changes in pressure readings, but it measures altitude every 5 ft and automatically adjusts compass readings every 60 seconds. Water resistant up to 100M and completely functional in -10C / 14F temperatures, the PRG300-1A9 is the ultimate accessory for a bird enthusiast waiting and watching in any habitat.