Everything you need to know about spring and the forest 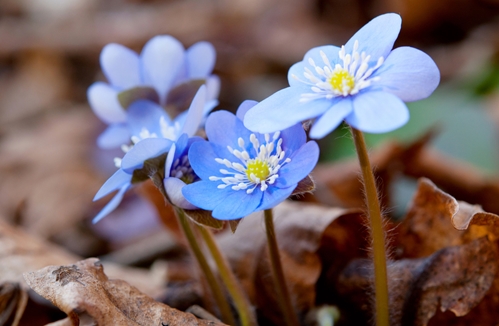 When the weather warms up, outdoor enthusiasts across the country will finally be free to explore nature and stretch their legs. In the American Southwest or pine forests of the Rockies, the transition from winter to springtime may not be as dramatic, but in the deciduous forests across the U.S., spring comes with unbelievable transformations.

From an icy repose, the plants and animals that call the woods home burst into life in a flurry of color and energy. While your Pro Trek watch thermometer can help you make sense of the weather that makes spring unique, the ecological processes and phenomenon seem to defy logic. Yet every year, the forests of North America bloom at the onset of spring. Here's everything you need to know to wow your friends on your next springtime hike or camping trip.

The trees
According to the University of Toronto, to understand what happens to trees during spring, you need to start by looking at autumn. As the weather becomes colder and the days shorter, deciduous trees begin to shut down. Even in tropical areas, the shorter days - or more accurately longer nights - signal to the trees that it is time to put a pause on growth. This is when the hard buds characteristic of late fall and early winter form. This protects growing tissue within from the elements, setting them up to bloom in spring.

The University of Toronto stated that when trees sense consecutive days of extended sunlight and warmer weather, they begin to open their buds. Generally, global warming has pushed this process earlier into the year, although there can be tremendous variation year to year. Overall, trees won't begin to sport significant leaves until later in the spring, which is important news for flowers and other plants.

The understory
Once the tallest trees in a deciduous forest have fully opened up, the resulting canopy can cut off smaller trees and bushes from direct sunlight. For that reason, the first few weeks of spring are an arms race for smaller species and younger saplings as they compete for a spot in the sun.

Nature Works reported that in spring, ground-dwelling species like ferns and wildflowers work hard to establish themselves, while slightly taller shrubs, bushes and saplings also race to the canopy. In the weeks it takes familiar trees like maple, oak, birch and beech to shade the forest floor, the make-up of a forest's understory may change daily. As a result, hikers and other visitors may be able to closely monitor growth and see first-hand the competitive side of the plant world.

The animals
As the forest's plant inhabitants begin to grow and wake up from their long winter slumber, the animals are also emerging. New plant growth makes a great source of food for hungry foragers, especially for animals who may be breeding in the spring.

Blue Planet Biomes stated that animals and plants have a delicate relationship, and although some species may be able to survive throughout a tough winter, many forest fauna depend heavily on the plants for food and shelter.

In the same way that frequent visitors to the deciduous forest may be able to see daily changes first hand, observant hikers may also make note of new animal activity. Although the return of migrating song birds is a quintessential sign that spring has sprung, reptiles and amphibians are among the first animals to explore the warming forest. Likewise, year-round residents like raccoons, deer and other species will also be more active, and fresh tracks laid in the mud or banks of a stream are easy ways to spot an active woodland community.