How climate change may impact your favorite outdoor areas 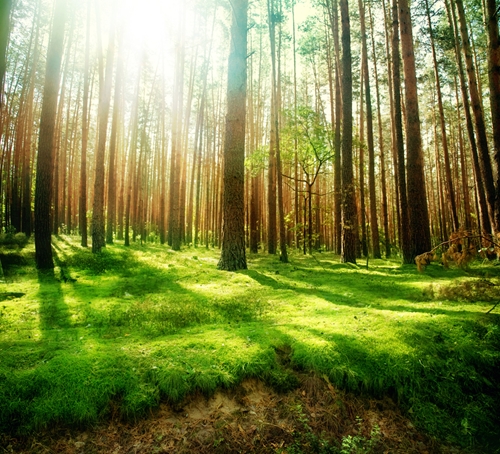 Surveying in the Pacific Ocean has found that small islands are beginning to erode into the sea as water levels continue to rise, according to Scientific American. As global temperatures increase, there will be ripple effects found throughout the world, and between melting ice caps, stronger storms and shifting climates, plants and animals around the globe will be pressured to adapt.

Grab the Pro Trek PRG300CM-3 watch with triple sensor technology when you hit the trail to pay attention to readings in the environment. It's unlikely you'll pick up on the climate change effects day to day, but over time you'll see the bigger picture. With so many factors associated with global climate change, it is difficult to accurately predict what will become of the country's wild spaces in the coming years. To the watchful eye, however, the forests and other outdoor areas around the nation are already shifting, and in the coming years, these trends will become even more pronounced.

The land
The famous saying, "geography is destiny" is especially applicable when assessing the possible damage caused by climate change. The specific plants and animals that occupy a given area and create a given ecosystem are an expression of different geographic factors. Local weather, soil quality, topography and a whole cast of other influences help dictate what sorts of flora and fauna may thrive in a region, and climate change may have a lasting affect on each of these.

In the context of global climate change, water is perhaps the strongest consideration for how your local green space may change. In coastal areas, rising ocean levels will wash away certain seaside areas, while upstream, entire riparian zones will be inundated with water.

Elsewhere, some regions will see an increase in yearly precipitation, which may produce more wetlands and marshes, while other areas may see desertification as the result of lower rain yields.

The plants
As entire regions face new climactic realities, plant life will adapt as best it can. In a warming world, species will likely migrate north into areas that were once too cold. This will create new competition, and plants that are unable to adapt or migrate could face extinction.

In the East Coast, for example, the EPA found that in the next few decades, the cast of trees that make up the deciduous forests in the Mid-Atlantic and in New England will see a fair amount of turnover. Species like Beech and Maple will see their ranges severely reduced as they are out-competed by hardier species like Oak and Hickory.

At the same time, a dramatic increase in rainfall may benefit species that do best in wet conditions. Your grandchildren may find that the understory in your nearby state park looks very different than it did when you were first exploring it.

The animals
Changing climates and plant life will put added stress on animal life. Warmer climates are already changing the migratory patterns of song birds, with some species abandoning past strongholds in favor of new breeding grounds. Slate reported that alligators may also be expanding their home range, and it is possible they have already colonized Virginia in the wake of consecutive years with warmer than average winters.

At the same time, temperate species may be pushed north into Canada to avoid the warmer summers that the U.S. will likely experience overtime. Not only can this have a deleterious affect on certain food webs and ecosystems, but as animals like fish and shellfish head north, human fisherman will also be forced to adapt.

Warm weather will also promote the spread of disease carried by fungi and insects. The World Health Organization stated that this will be a serious danger to mankind in the coming years, but this trend has already begun to affect amphibians and other vulnerable creatures.