The wildest places to explore in Australia 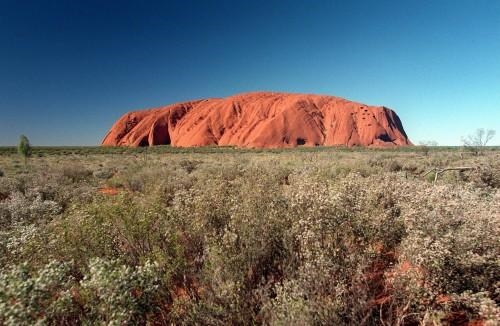 Australia is home to some of the world's most remarkable landscapes and unique wildlife, both of which help to make it a haven for outdoor enthusiasts. All sorts of adventures await you Down Under, from snorkeling with native wildlife to admiring one of nature's most spectacular wonders. Here are some of the best places to check out in Australia:

Shark Bay
On the Western edge of the country, the land means the ocean in dramatic fashion where towering cliffs plunge into a sea full of charismatic creatures. Web Ecoist reported that Shark Bay holds an eighth of the world's entire population of dugong. A close relative of the manatee, these funny animals share the water with dolphins, sea turtles and humpback whales. The residents that make Shark Bay truly spectacular are considerably smaller, however.

Colonies of cyanobacteria and other microrganisms form rock-like structures called stromatolites. These are thought to be some of the oldest creatures on earth and may have been around 3.7 billion years ago. Today, modern stromatolites still grow in Western Australia at Shark Bay.

Katherine Gorge
On the other side of Australia, you can hike through Nitmuluk National Park. Located in the Northern Territory, the Katherine River has over the years carved the spectacular Katherine Gorge. This remarkable landscape offers extensive hiking and boating opportunities to take in this majestic area. The clear blue water does provide refugee for freshwater crocodiles, giving the area an element of danger and mystique.

Tasmania
Just 150 miles south Melbourne, the island of Tasmania is an outdoor enthusiast's paradise. Here there are mountain to traverse across many different ecosystems, from temperate rainforests to areas dominated by eucalyptus trees. Hidden coves and moorland make for breathtaking scenery and opportunity to explore.

Tasmania is also home to the famous Tasmanian Devil. A relative of the kangaroo and koala, it's the world largest carnivorous marsupial. These ferocious little animals are mostly nocturnal but lucky visitors may have a chance to spot the iconic creature.

Uluru
Australia's most well-known feature, Ayers Rock - also know as Uluru - s a massive sandstone formation in the heart of Australia. The center of important Aboriginal mythology, it is also one of the most visited natural landmarks Down Under. Found in Uluru-Kata Tjuta National Park, it is the second largest monolith in the world. It reaches nearly 1,000 feet in the air and covers an area 5 miles across. It's rounded, smooth surfaces make it difficult for soil to take hold, and as a result it has little dirt or vegetation. This massive red rock is especially beautiful under the light of a setting sun or in the early morning.

The Great Barrier Reef
While there are places throughout the country to see kangaroos, emus and other famous Australian animals, there really is one top wild location Down Under. At over 1,800 miles long, CNN Travel stated that this massive collection of coral reefs and small islands is visible from space and covers a whopping 133,000 total square miles of ocean.

Here you can snorkel, fish or go boating amid one of the most dynamic marine habitats in the world. Hundreds of species of coral provide shelter for a dizzying array of fish, eels and other sea creatures. Sharks are particularly abundant in the area. The wobbegong, for example, is a curious bottom-dweller that is perfectly camouflaged against the sandy ground. Larger species such as the fearsome tiger shark prey on the numerous turtles, sea birds and predatory fish. There world's biggest shark, the whale shark, is perfectly harmless and finds sanctuary amid the Great Barrier Reef as well.

And the perfect tool for any of these destinations? The PRO TREK PRG600YB-3 with digital compass, altimeter, barometer, thermometer, world time and low-temperature resistant for terrain down to -10C. 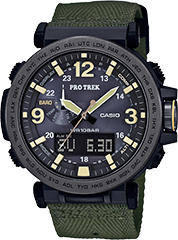