Why a suburban hike is still perfect for animal lovers 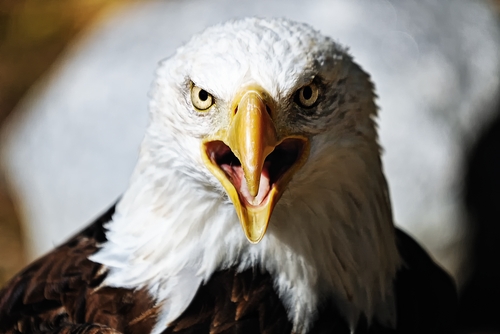 Nature enthusiasts need not schedule a trip to Yellowstone or the Everglades to spot some of the country's most iconic wild animals. Visiting a local suburban green space or hiking trail is a great way to come across wildlife and America's natural beauty.

The Long Now Foundation reported that the country has decreased the use of farmland and natural resources like timber and water in the last half century, and as a result, there has been an opportunity for nature to rebound and animals to reoccupy areas that were previously devoid of wildlife. On the East Coast especially, vast areas of forest that had been previously cleared are becoming reforested, and as a result, entire ecosystems are flourishing.

When venturing out on a local hike, wildlife may still be tough to spot, but with patience and a keen eye, your neighborhood park or a nearby forest is perfect for getting up close and personal with with some of these lovable critters.

White-tailed deer
According to Wonders of Wildlife, white-tailed deer are the most common large mammal in North America, and can be found from New England to Alaska and down through Mexico and Latin America. They may flourish in all sorts of habitats and are at home in forests and prairies as well as in the suburbs.

Spotting deer may be tricky, but not uncommon for a day hike. Grab your watch compass and head out around dawn or dusk to maximize your chance of spotting a whitetail or two.

Bald eagle
America's iconic bird is on the road to recovery after a long plight against habitat loss and human chemicals such as DDT. The U.S. Fish and Wildlife Service reported that in 1963, there were just 487 nesting pairs of bald eagles remaining.

Through education and conservation, the bald eagle has made a remarkable recovery, and by 2007, the species was removed from the Endanger Species Act with 9,789 nesting pairs in the continental U.S.

Bald eagles live throughout the country and can be found along lakes and rivers that can support large fish. These birds are capable of living right along side people, so it is possible that taking a hike near a body of water may yield a bald eagle sighting.

Red fox
One animal that may be tricky to spot is the red fox. These clever members of the canine family live across the country and do exceedingly well in suburbs and cities, but do a great job of maintaining a low profile.

According to National Geographic, foxes pose minimal risk to pets or people, but should still be respected. Prints and fur may be easier to find than an actual animal, but coming across a red fox at your neighborhood park is not out of the question. They do a good amount of hunting under low-light, so like the white-tailed deer, dawn and dusk are the best times for a sighting.

Wild turkeys
These charismatic birds are very common throughout the U.S. and are so at home in the suburbs that they have been known to cause traffic delays and other issues around town. For that reason, the Massachusetts Government stated that feeding or antagonizing the birds will only make the situation worse.

Because they are social animals, wild turkeys are often seen in a group, and these flocks can sometimes be rather large. In fact, flocks in Texas may number in the hundreds. These birds are incredibly opportunistic and eat things like grains, nuts, grasses and fruits and vegetables, as well as small animals like insects, snails and frogs. They may be seen rooting through the leaf-litter to find a tasty treat.

Pro Trek watches are designed and engineered to be essential pieces of outdoor gear. With that in mind, the Pro Trek PRG280-1 is the perfect choice for your suburban hike, allowing you to overcome any obstacle in the way with features like sunrise/sunset data, water resistance, and a digital compass.